I hope you all had a good Christmas and enjoyed the break from work. Robyn and I escaped Melbourne the following day and enjoyed a week and a bit down at Airey’s Inlet before heading home. Inspired by the ‘Tour Down Under’ signing Lance Armstrong I cycled up and down the Otways ranges near Aireys Inlet clocking up nearly 700 klms. The other part of the plan was that we head to Italy via our friends in Germany on the 31st of December. With a few weeks of feasting on Italian food plus sitting in a hire car for much of the time I needed to get some fitness BEFORE we left ? 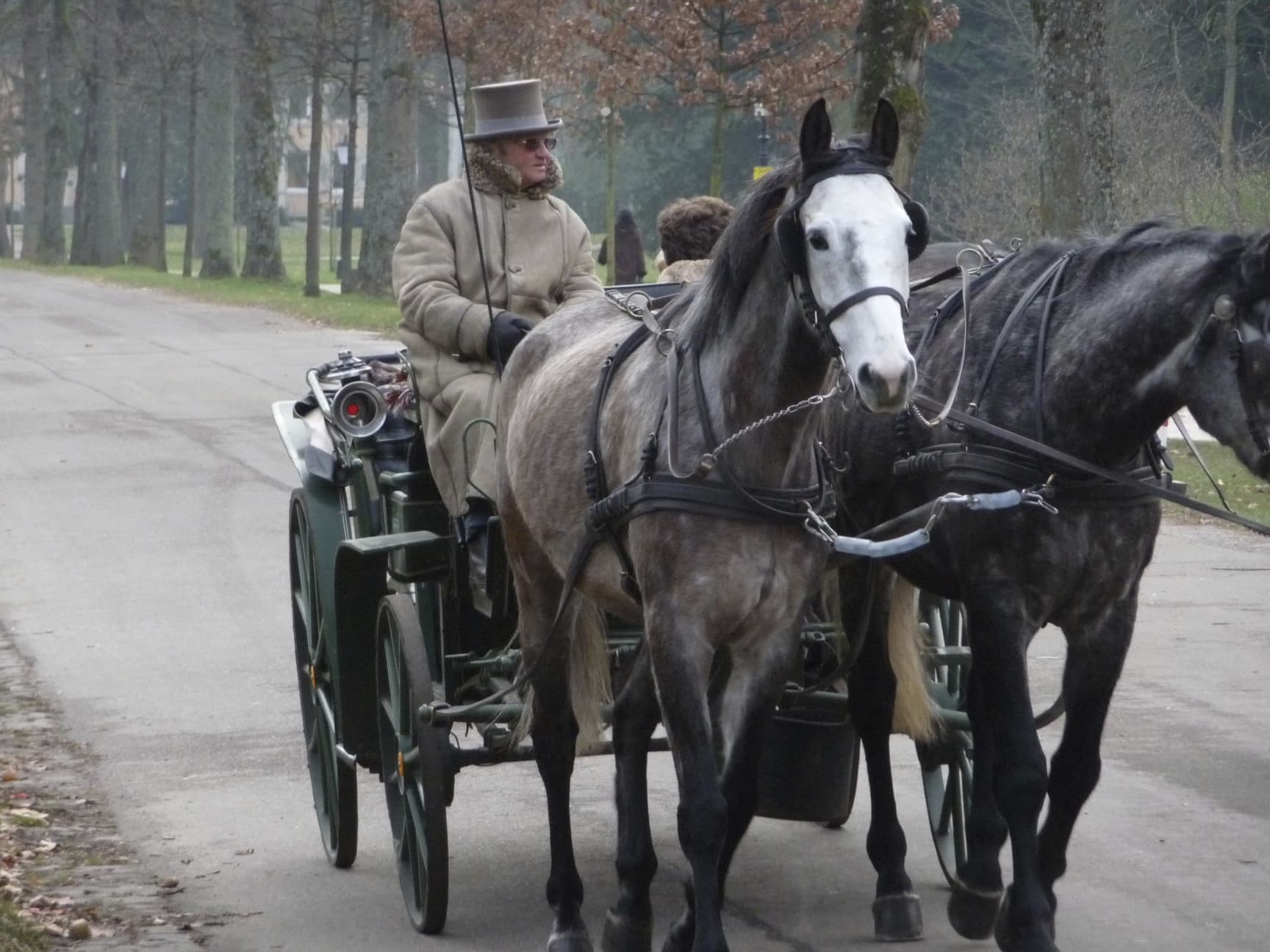 Everywhere you look in a European Winter makes you shiver. Baden Baden

Never really ready for the biting cold that is Germany in January, stepped from the heated warmth of the airport to the bone chilling cold of the train platform taking us to Karlsruhe an hour south. The next few days were eating and sleeping as we acclimatized and got in sync with the northern hemisphere. It’s the first time I have seen people skating on natural frozen ponds in Europe, the cold has been so, so head numbing bitter. A sign to head further South and hopefully some slightly warmer weather in Italy. 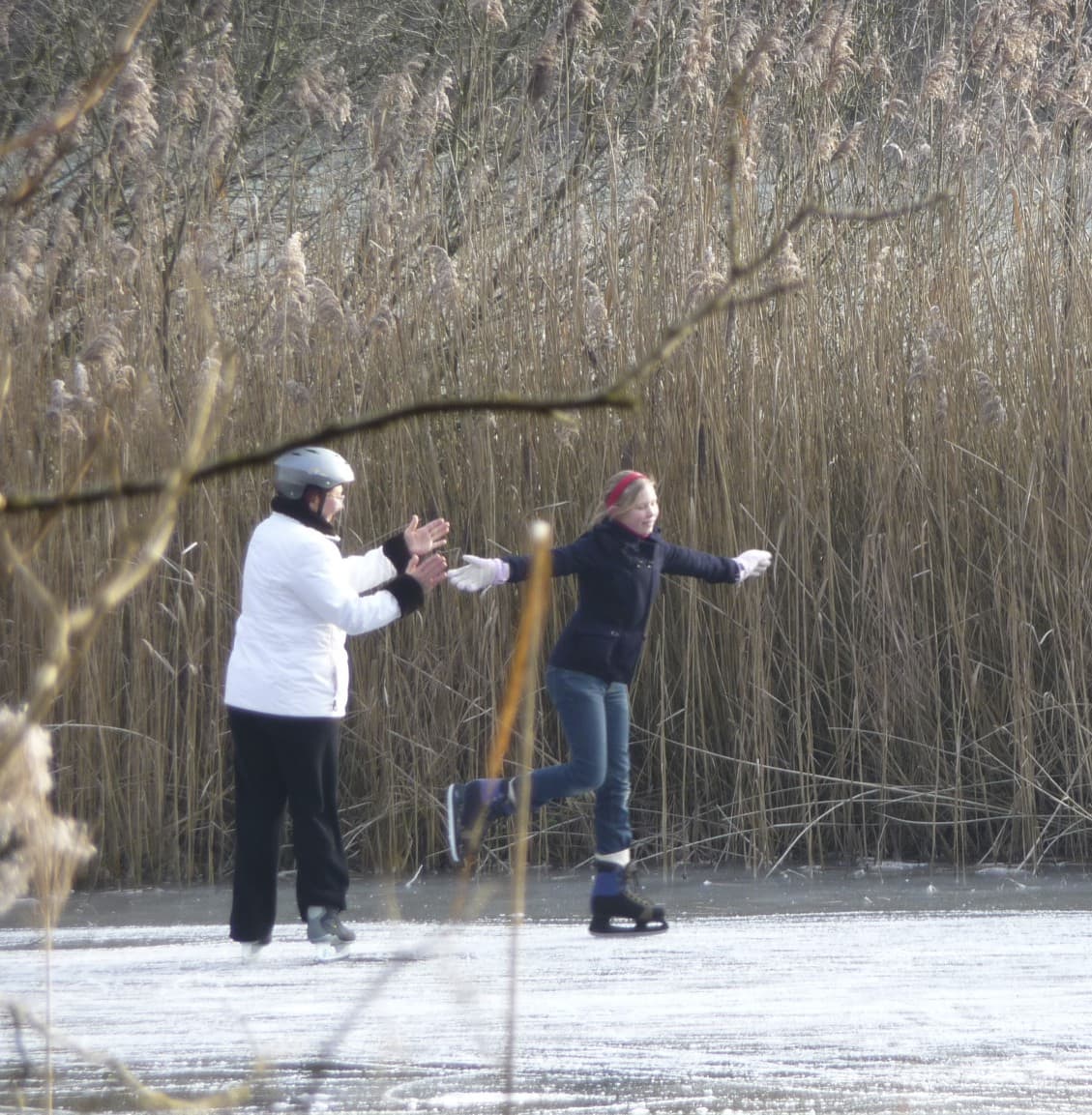 Walked the streets of Rome for a few days, I’d been here over thirty years ago and as my friend Trevor Hall quoted ‘ It’s still the same…’  It could have all been new as my memory had blurred from numerous nights of alcohol between then and now !  Anyway it was fantastic and you can walk from morning till night and only skim the top. 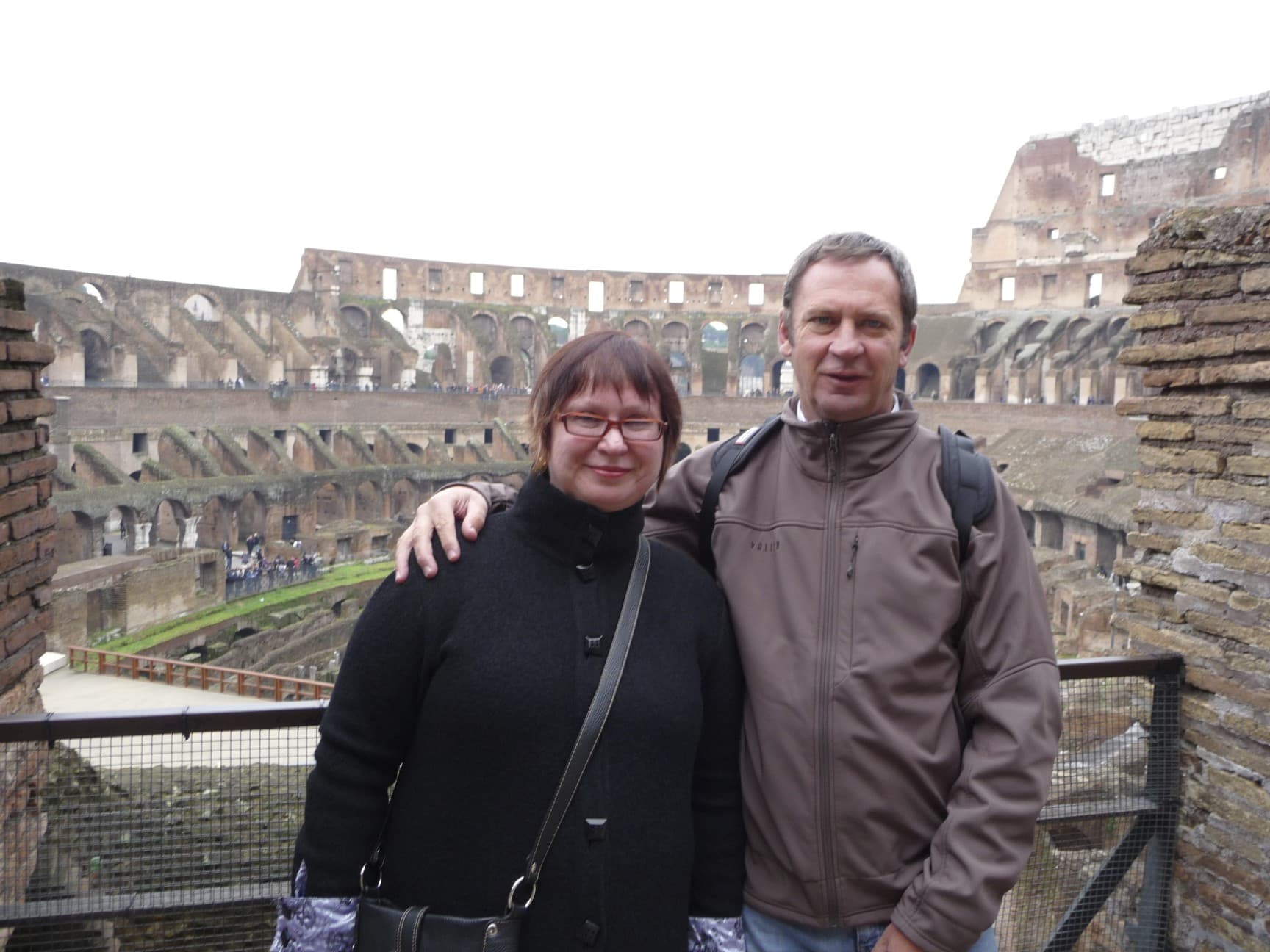 The Colosseum and two gladiators.

Went to the Vatican for the first time and now know where all that money that goes into the church plate ends up. They’re not sharing it around is my guess. 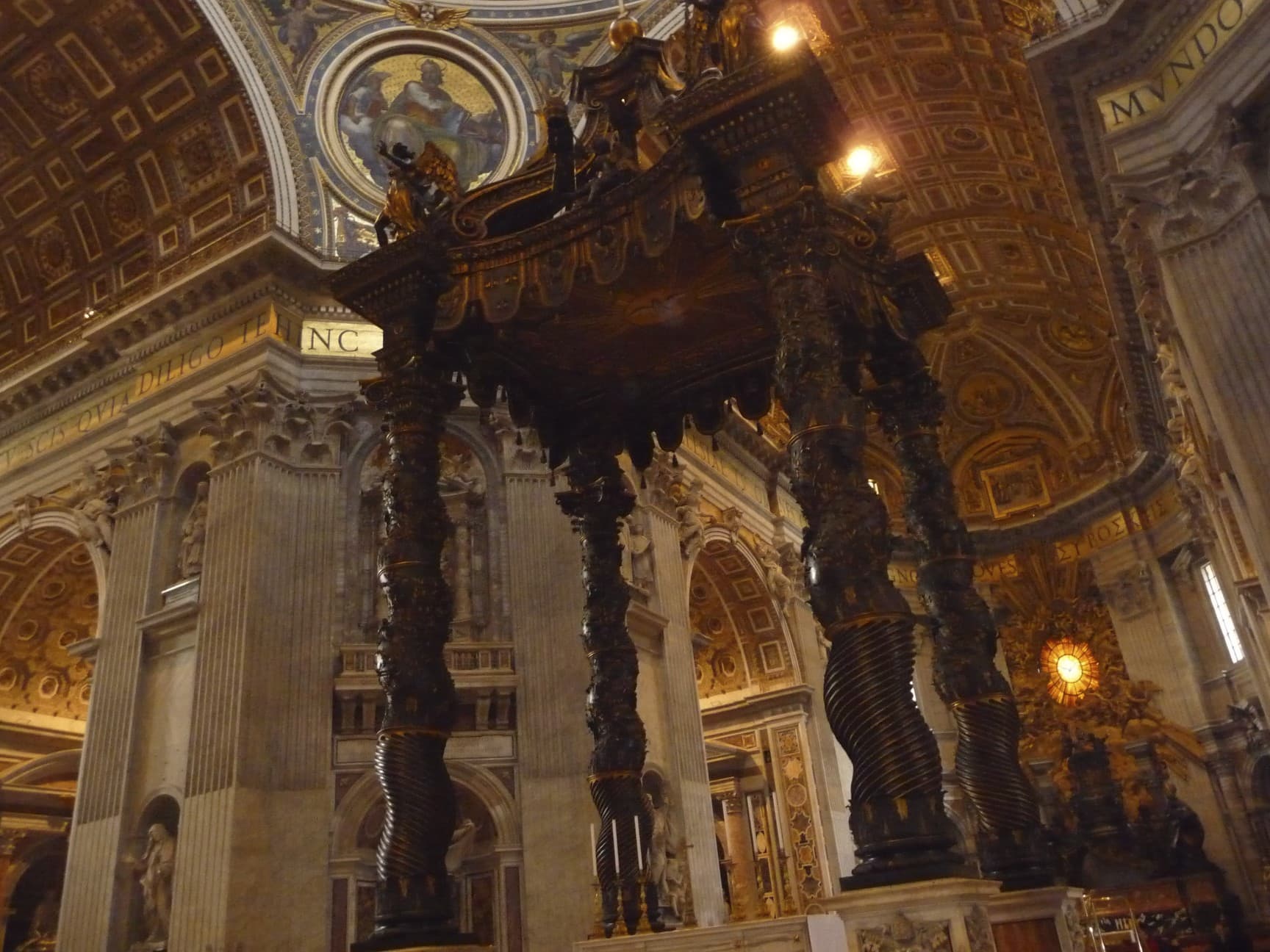 Picked up a car, a little alfa romeo which has been my pleasure to drive for the last ten days, it handles like a go-cart. I have been tearing around coastal roads empty of their normal busy Summer traffic. I’m zooming down the freeways. It has a limit switch at 140 klms which continually beeps me back to reality ! Robyn on the Spanish Steps, Rome.

Most of our time has been in Puglia on the east coast and favoured by the local Italians more than International tourists. The scenery has been breathtaking, the big seas have pounded the coast for much of this time as has the wet weather and flooding rivers. The locals shake their heads and lift their shoulders in surrender as Italians do. “Catastrophe” they mumble before getting back to the Italian football league woes. 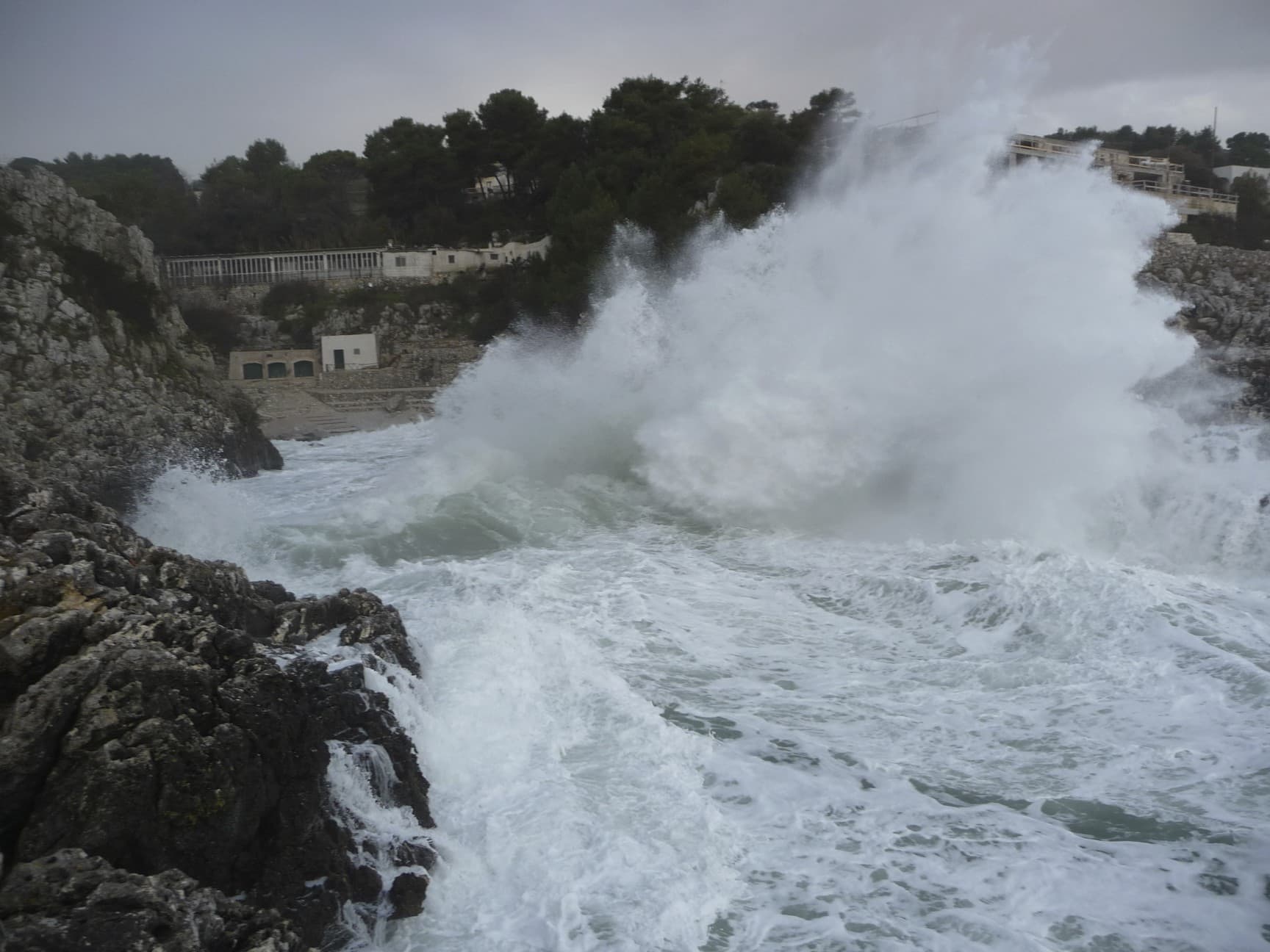 Spent some fun days on an agritourism farm. The hosts were bubbly people who had employed a couple from Georgia in the Balkans. The six of us had about two hundred words in common between us but your eyes only had to light up as another plate of food hit the table, the International sign for bellissimo. The owner was a keen shooter and told tall stories which was like listening to my friend, Doug Winter holding court late at night, it seemed of massive importance at the time. However it meant much less the next morning. Our final breakfast, which Italians for some reason don’t take very seriously, was entertaining. We couldn’t take our eyes off the Georgian farm hand plucking a small bird at the fireplace whilst we chewed our bread and cheese. I’m actually glad that it was our last morning as I didn’t fancy the thought of this scrawny bird ending up on my plate. Fausta with some of her produce.

The driving force at the farm was the wife, Fausta who cooked morning and night, lemonchello, jams, pasta, antipasta, chilli spreads, you name it she had a preserved bottle of it and much home-brewed wine and grappa. Robyn keen not to disappoint the host would partake, but every night, what a trooper ! Robyn also took a shine to the three house dogs who would beg and do tricks in the hope of a few scraps, no language was needed to laugh at the three begging performers. 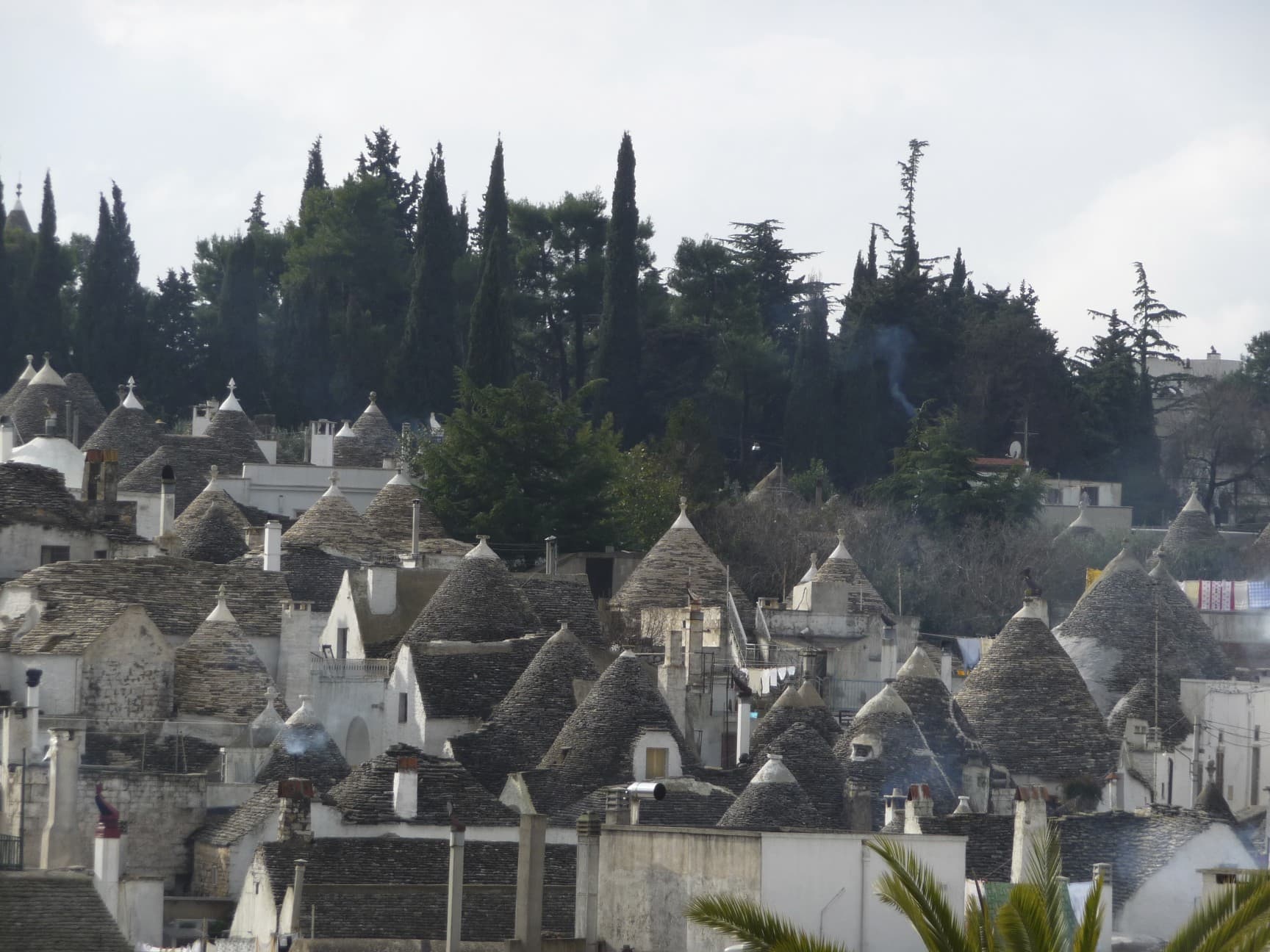 Trulli (small round houses of stone with conical roof) in Alberobello Puglia. 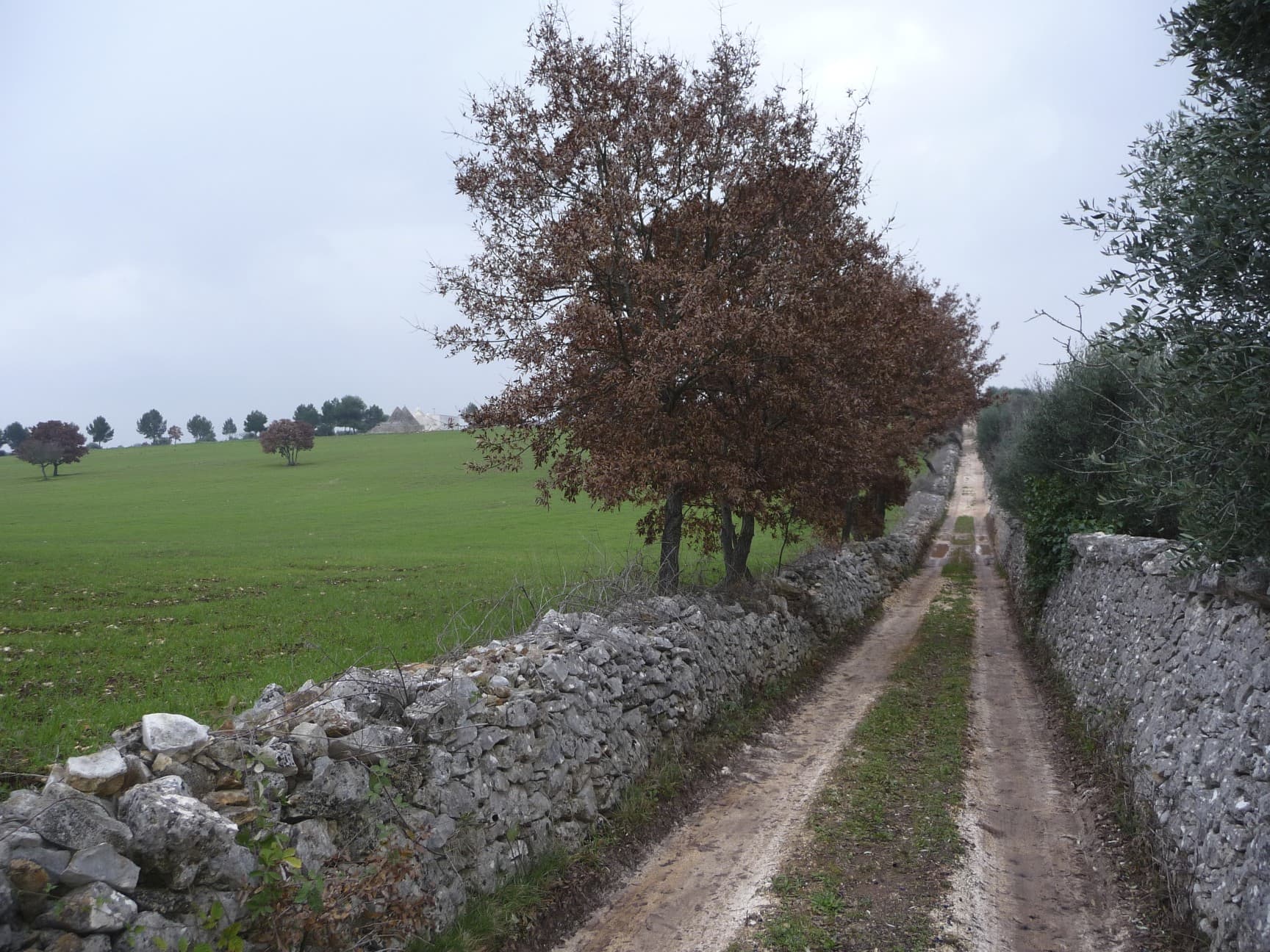 My favourite pastime, just wandering the back roads of old Europe. 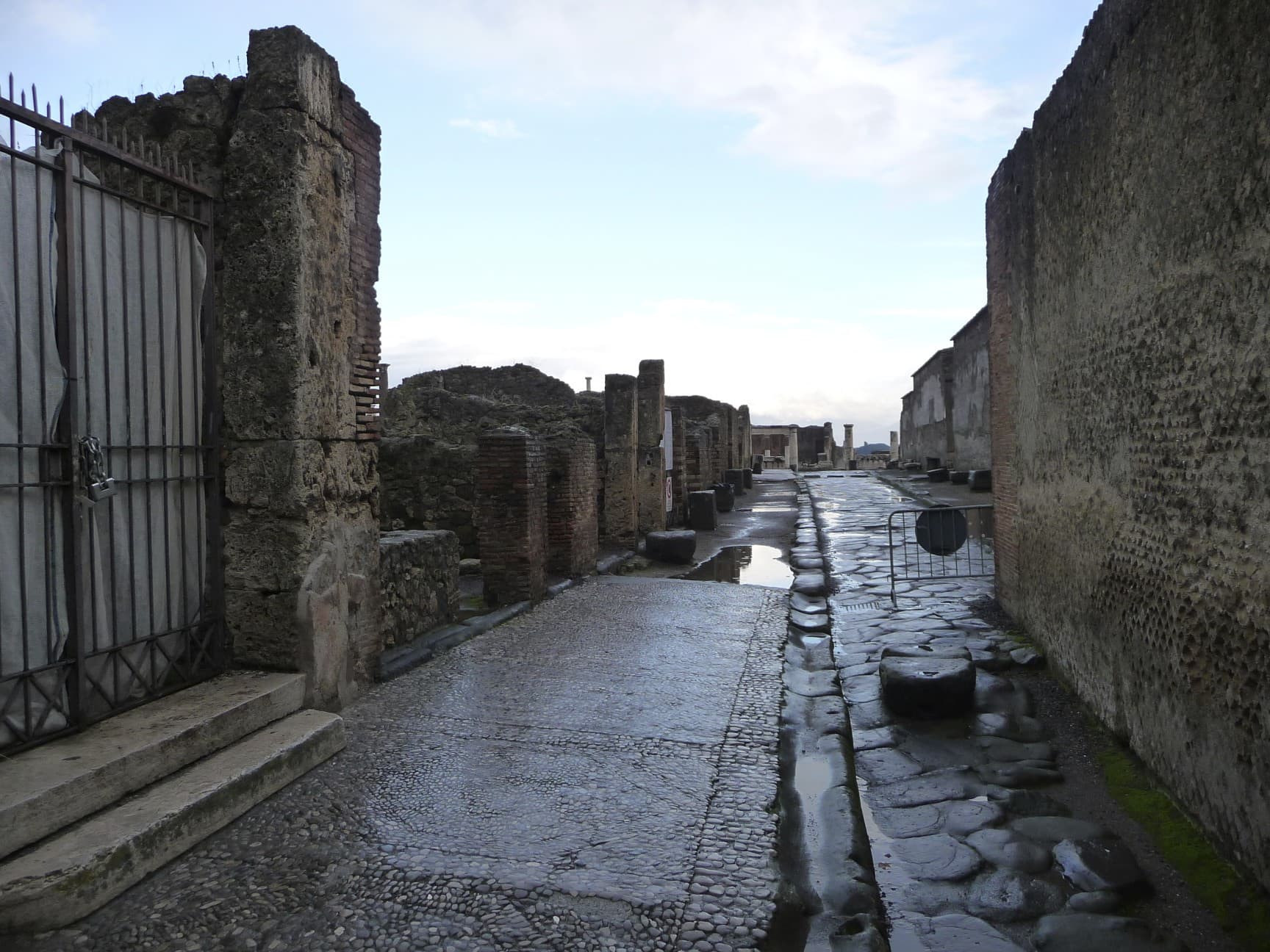 Pompei when the Romans and Italy ruled the world.

Have spent the last couple of days in Positano and Pompei. Positano is full of newlyweds and looks of lust across the restaurant tables, it’s putting me off my food. Enjoying walking in the mountains behind the coastal road. The only noise is sheep bleating and the occasional goat bell. The scenery down to the coast is breathtaking as is the drop off to no-where. The walking tracks have no handrails you are not protected at all. The fall to the sea below would be some hundreds of metres. It would be a shame to lose a new bride in such a way and so they stick to the villages and the supposed safety ? of the bedroom. 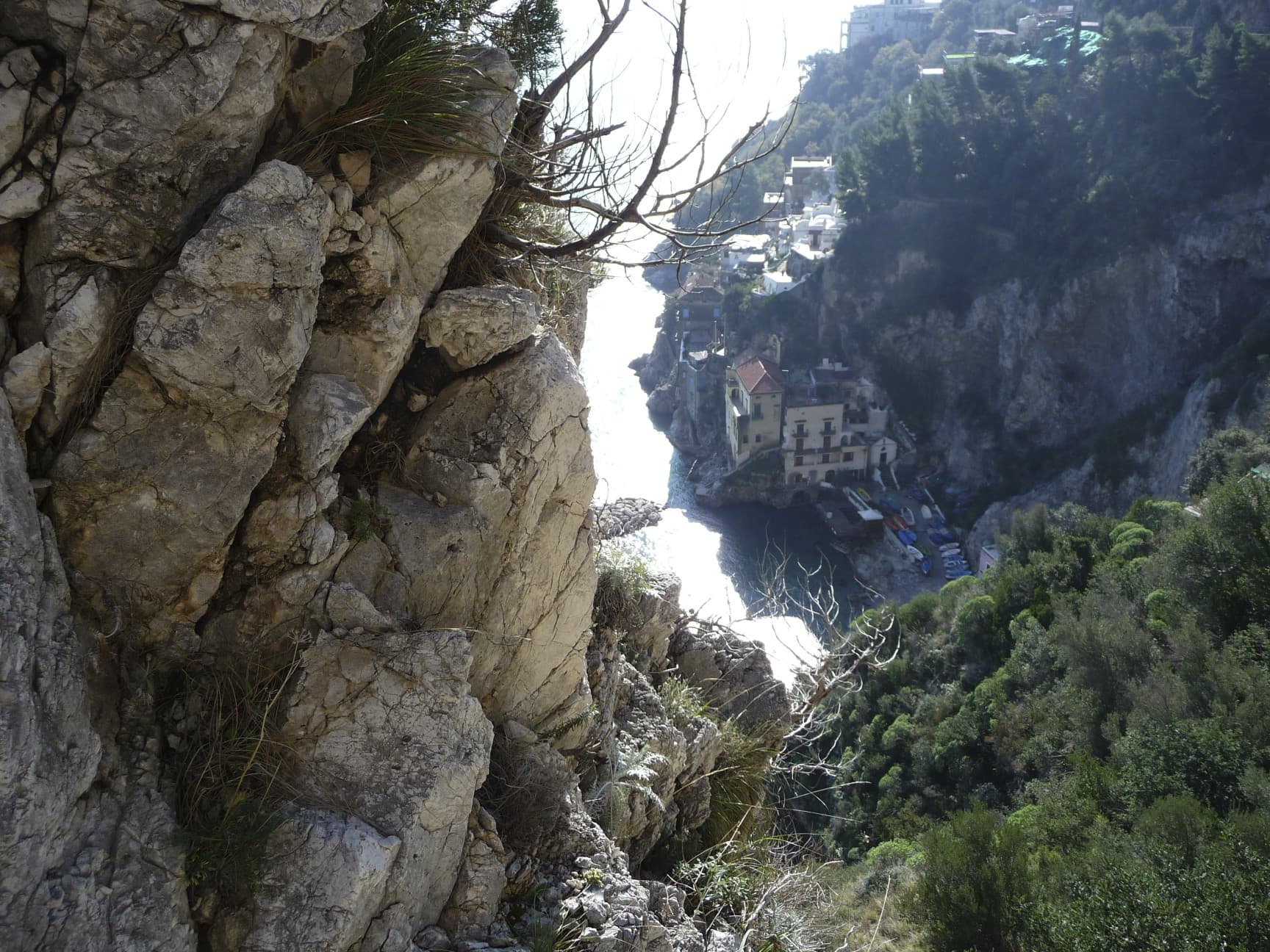 Helps to be a mountain goat around Positino All in all the food has been the highlight, the Italians take eating very seriously yet most is cooked simply with the quality of the ingredients left to shine. We’ll waddle back a bit heavier but happy to have explored a bit more of Europe. Tomorrow we start the drive back to Rome and the long haul back home. Work awaits as does the Visa bill, I refuse to think about it, ouch !